The number of vapers has seen rapid growth in the last few years. This can be largely attributed to the continuous emergence of new vaping devices. Unlike conventional smoking, vaping allows a sea of choices for users to choose. This keeps the excitement going, preventing users from getting bored. If you are new to the world of vaping, you will be left in a grey area due to the huge list of choices that vaping offers. This article will provide you a comprehensive guide on the basics of vaping, the technical aspects of a vaping device, and the different choices you can navigate among. 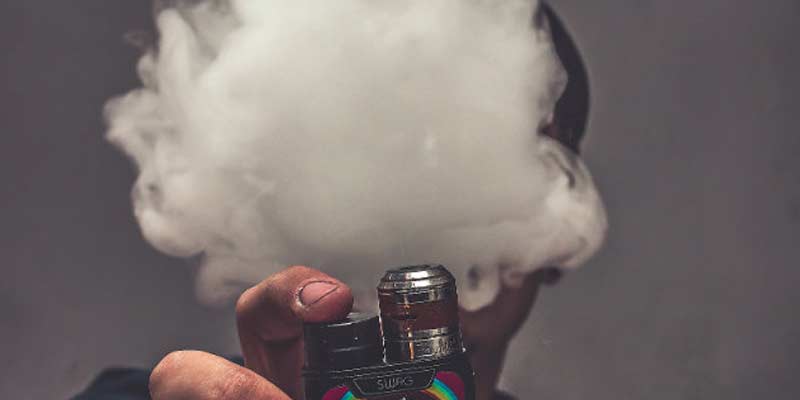 Most people think that vaping and smoking are stuff due to certain similarities. Both vaping and smoking are inhaling systems that deliver chemicals to your lungs. But this might be where the similarity ends. Vaping follows an entirely different mechanism than smoking. So, what is vaping? Vaping involves inhaling this kind of vapor. Vaping devices contain specific liquids called e-liquid or e-juice. When this e-juice is heated, it produces the vapor that you inhale.

There are plenty of vaping devices available in the market that make it very difficult for a beginner to choose the right one, depending on his needs. Finding the right fit can happen with a little bit of experimentation and a little bit of knowledge about the devices. An analysis of the different types of vaping devices can give you a comprehensive idea of their individual qualities and what they can deliver.

Cig-a-likes: Cig-a-likes or e-cigarettes are the earliest models of vaping devices. They are ideal for beginners who want to quit smoking. They mimic traditional smoking because there is no activation button or settings you have to operate with. They are draw-activated and pretty easy to use. Refilling cartridges for these e-cigarettes hold up to 20 drops of e-liquid. Cig-a-likes come with different nicotine options from 0mg to 24mg.

Vape Pens: Vape Pens are the most popular and versatile vaping devices. They are cylindrical and come in different styles. New models are being introduced every day, and there are several features and versions you can choose from. Because they are larger than cig-a-likes and have a longer battery life, vape pens are good for huge cloud production. Several vape pens come with the option of controlling the voltage and temperature. Further, they can be used to vape other things than e-liquids.

Pod Mods: These are the ideal devices for discreet vaping. Similar to cig-a-likes, they use low wattage and are draw-activated. Pod Mods are popular for their use of nicotine salt e-liquid. This e-liquid provides flavors that are richer and smoother. They come in the form of cartridges (pods). Pod mods are not devised for huge cloud production; hence they are discrete and easily portable.

Box Mods: Once you have developed a taste for vaping, and you want to up your game, box mods are the preferred choice. These devices are for advanced users. They are known for their use of sub-ohm tanks, which are atomizers that produce huge clouds. They use external batteries that are much more powerful than other vaping devices. Box mods come with different settings to fine-tune your vaping experience. You can control the voltage, temperature, and vapor production levels. These devices are box-shaped and quite huge. Hence they cannot be used as a discrete vaping option.

Understanding the different ingredients used in vaping juices will pave the way for an enriching vaping experience. E-liquids are primarily made of four ingredients: Vegetable Glycerine, Propylene Glycol, Flavor, and Nicotine.

Propylene Glycol: This compound is used in a variety of daily use applications like body spray and inhalers. It is non-toxic and safe for consumption. It is widely used in the food and cosmetic industry because it effectively carries the flavor. It is thinner than VG and doesn’t require much power to form vapors. PG is used to produce stronger flavors and harsh throat hits. Because of its effectiveness, the throat hit produced is similar to that of smoking tobacco without the harmful effects.

Flavors: E-liquids are flavored with food-grade artificial substances that are completely safe to inhale. The most distinct selling point of vaping devices is their ability to deliver a range of different flavors. Vapers can choose from tobacco, candy-inspired, fruits, and beverage flavors to satisfy their cravings.

Nicotine: This is an optional ingredient. A large number of vapers use vaping devices just for the flavored choices and experience. However, if you are opting for vaping devices to quit smoking, there are many options of including nicotine with your vaping practice. E-cigarettes and cartridges come with different nicotine concentrations that you can choose from. You can mix up your own blend too. Nicotine provides a high throat hit and mimics the feeling of smoking a cigarette.

In the context of vaping vs smoking, vaping is considered to be a safer alternative. There are numerous myths that surround vaping. The most common one is that vaping is equally dangerous to smoking because both deliver nicotine. However, this is not true. Not all vaping devices use nicotine. The use of nicotine depends on the vaper’s choice. Furthermore, smoking delivers not just nicotine but several other harmful chemicals to the lungs. About 69 of these chemicals are carcinogenic. Hence, it can be concluded that vaping is a healthy alternative to smoking.

Vaping is done for several reasons. Many vapers don’t even vape for nicotine satisfaction. Vaping provides a wide variety of flavors to choose from. Increasing research in the vaping industry has led to the introduction of many innovative and unconventional flavors ranging from tobacco to fruits to desserts. Food-grade additives are used to produce these flavors and do not contain any artificial ingredients. Another prime difference between vaping and smoking is that vaping can be used to inhale several other plant-based concentrates and oils.

There are contrasting views on the effects of vaping. Though there is scientific evidence suggesting that vaping is more effective than nicotine patches, there is not much scientific consensus on the health effects of vaping. The American Heart Association considers that vaping liquids contain toxins that can be poisonous while absorbed through the skin. Due to such reasons, vaping below the age of 21 is not permitted in the country.

While vaping is legal under the federal, numerous states have imposed laws that prohibit the selling of vaping devices. The Food and Drug Administration is constantly working to bring vaping devices under the tobacco category. The federal government has also banned many flavors that attract minors to vaping.

Is vaping safe? Since there is no combustion involved, vaping doesn’t produce carcinogenic chemicals. Even though it creates some negative health effects, vaping lung disease symptoms are lower because it doesn’t circulate tar or ash. It promotes better oral hygiene and circulation.

Cost-efficient: Vaping devices come in every price range. Because of the heavy competition in the vaping market, companies are coming up with a variety of devices that fit the needs of the consumers. A single 10 ml bottle of vaping liquid lasts longer than a box of cigarettes.

Personalization: You can control nicotine concentration, flavors, and cloud production. Nicotine is an addictive substance. Vaping provides you complete control over the nicotine levels you vape. You can gradually reduce the levels from higher to lower. Similarly, you can play with different flavors and intensities of cloud production, making vaping an alternative, recreational lifestyle.

Health effects of vaping: Is vaping bad for you? Yes, however, eliminating the nicotine content and other harmful ingredients can help you have a safe vaping experience. Although vaping is a safer alternative, it is more harmful than total abstinence from smoking. The side effects of vaping are related to the different chemicals added to the e-liquid. Additives such as formaldehyde or diacetyl are harmful to the lungs in larger quantities.

Risk of accidents: Vaping devices increase the risk of accidents due to mishaps in the battery. Explosions and burns are common problems one hears of while talking about vaping.

Getting used to the new technology takes time: Vaping devices are equipped with advanced technology to customize the vaping experience. You need to learn to handle the various parts and firing settings that require a certain level of skill.

In the end, it all comes down to personal choice. Vaping is a fairly simple habit to adopt. There are many positive and negative claims to the practice. If you are trying to quit, you might want to try vaping to slowly wean off the addiction. If you want to use it for concentrates other than nicotine, vaping is a fun activity to experiment with. Whatever your choice might be, understanding the usage of the devices and the best practices will help you to have a rich and considerably safer vaping experience.

Riya, a Digital marketing enthusiast. She has 4 years of hands of experience in writing vapes, cannabis, and health-related blogs. She is hodophile and passionate about technology updates.